The code for this article can be found at: https://github.com/coding-maniac/classification_evaluation

German version of this video: https://youtu.be/rtyJyzqeByU

This is basically the content of the video for those who can't or don't want to watch the video but i would still recommend the video because there are graphical explanations of some parts of this content.

In todays video I will cover 5 measures for the quality of a classification model.
We will use the model from the last video about sentiment analysis as the model to measure.

So if you haven't watched it..although it is not must for this video...now would be a good time ;)

So let's dive in!

If you watched the video about sentiment analysis you already have seen one measure technique for
classification models.

This measure is called accuracy and is calculated like:

To answer that lets have a look at the test dataset since this is the dataset with which we evaluate our model.

As we see the data is not balanced!
There are much more positive than negative reviews in our observations.

So there is one clear majority class in this case the class "positive reviews".
This tells us that if we would simply always predict every review as positive our
accuracy would be equal the majority class.

So with our accuracy of 94% we beat the majority class... which is a good thing!
Our model is better than always predicting "positive review".. yeahy!!

There is a build in method in scikit to generate a confusion matrix...

I added some comments from the documentation to show you what the numbers mean...

false negative is a positive review that was predicted as negative

Depending on the problem you are working on it is possible that one of
false positives or false negatives has a higher cost... and should be considered more
harmful for the model than the other... an thus needs to be minimized... a common example for this
is when you try to predict whether someone has cancer...

In this case false negatives would mean that you tell someone he is healthy and no further treatment is needed... but in reality this is not true

A false positive in this case wouldn't be that bad... you would tell someone that he has cancer... which might be a shock... but chances are high that during the further procedure it will become clear that this is not the case and that the person is healthy..

So in the cancer prediction case you should really try to minimize false negatives!

A confusion matrix can help you to evaluate such things.

The next measure is called precision...

It is calculated as:

As you see from this calculation the precision tells us how precise our prediction of positive values is.
A low precision indicates many false positives.

So if false positives are causing you trouble precision is a good measure to use to fine-tune your model.

Recall is calculated as:

The recall tells us how many % of the observed positives were correctly predicted and therefore recall is also called
True Positive Rate.

If false negatives are having a higher cost in the problem you try to predict, like in the cancer example from above.
Recall can be a good measure to help you adjust your model.

The last measure covered in this article is the F1-Score.

The F1-Score combines precision and recall and is basically a weighted average of those.

So when evaluating your classification models you shouldn't only count on accuracy but also check the other
measures. There are situations in which you really want to avoid one error more than the other..
like shown in the cancer example.

Bye and see you next time 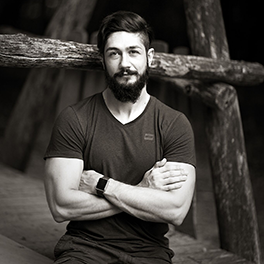 This is me, the coding maniac, and I will show you how to make awesome things with Data Science!